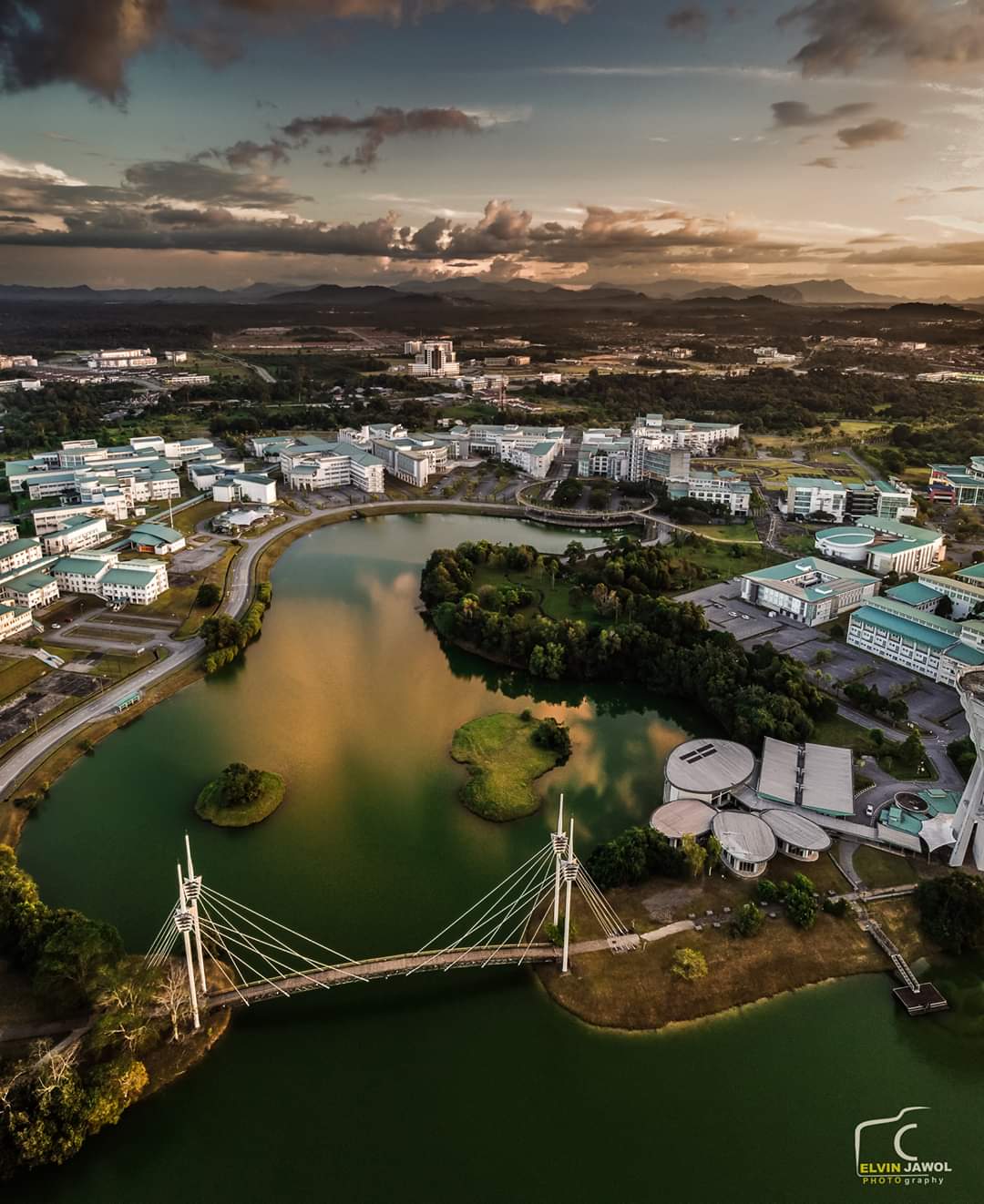 Universiti Malaysia Sarawak (UNIMAS), Malaysia's eighth university was officially incorporated on 24 December 1992. A university that is contemporary in character and forward-looking in outlook, it is committed in providing the nation with leaders, managers, scientists and technical specialists as well as thoughtful citizens who are capable of handling the complex challenges of our common future - confidently, competently, and creatively.

With about 30 academic staff, the University opened its doors to the first batch of 118 students on 8 August 1993. The students were registered in the two pioneering faculties, the Faculty of Social Science and the Faculty of Resource Science and Technology. Two academic support centres were also established: the Centre for Applied Learning and Multimedia, and the Centre for Academic Information Services.

The following year (1994) saw four more faculties opening their doors for degree courses: the Faculty of Cognitive Sciences and Human Development, the Faculty of Applied and Creative Arts, the Faculty of Engineering, and the Faculty of Information Technology. Staff and student numbers quadrupled. Meanwhile, the University also grew in profile as most faculties began to offer postgraduate programmes. Research activities began to take root with the establishment of the Institute of Biodiversity and Environment Conservation, which focuses on the myriad of flora and fauna in Borneo. Links with various universities abroad were also established. In the same year, the Centre for Technology Transfer and Consultancy UNIMAS, won the contract for EIA study of the Bakun Hydroelectric Project, the biggest ever EIA project in the country.

The period between January 1995 and the end of December 1996 saw further consolidation in the academic and research structure of the university. Two more faculties began taking in their pioneer batches of students; the Faculty of Medicine and Health Sciences (1995) and the Faculty of Economics and Business (1996). These brought the total number of faculties to eight, as originally planned. The Centre for Language & Communication Studies began to offer the TESL programme, in addition to generic language courses. The Institute of Health and Community Medicine, and the Institute of Software Technology were then added to the list of research institutes.

The historic year of 1997 witnessed the pioneering batch of graduates receiving their degrees at the inaugural convocation of the University. The year also saw the establishment of the Institute of East Asian Studies.

UNIMAS is an ISO-certified university. It was  granted the prestigious MS ISO 9001:2000 certification for excellence in its core management processes -- from the intake of new students to certification of its graduates. Our undergraduate programmes have been designed to suit the needs of society and industry. Our strong emphasis on technology has awarded us with the prestigious Multimedia Super Corridor (MSC) Status on 17 November 2003. The award was granted for our role and ability in developing manpower for MSC and related needs, through our strategic learning and training programmes.

UNIMAS has won the Premiere Information Technology Award from the Malaysian Government, the “Bridging the Digital Divide” category of AFACT’s eAsia Award. It has also won the Industry Innovators Award for System Development and Application from the US-based Society of Satellite Professionals International (SSPI), for its success in setting up a telecentre in the remote community of Bario, Sarawak, to assist the community in communication, education, e-commerce, health and government services.

UNIMAS has been successful in the acquisition of research grants, coming up with publications and useful scientific findings. The university’s Institute of Health and Community Medicine has successfully developed a candidate vaccine for dengue through collaboration with an international company, Bavarian Nordic. Additionally, the Faculty of Resource Science and Technology has successfully developed a process to convert sago starch to lactic acid for the production of environmentally-friendly plastic.

The knowledge discovery initiatives at UNIMAS are premised partly upon the wealth of natural resources and diverse socio-cultural make up of the State of Sarawak. While UNIMAS is strong in biodiversity study, this and most of other research activities at this university are firmly based on contemporary technologies. For example, the conservation of the natural resources of the state, through combined strength in computer science and IT, with expertise in molecular biology and biotechnology, have effectively synergized several collaborative research, both locally and internationally.  The cultural diversity and social uniqueness of Sarawak communities offer opportunities for studies in health and medicine, by offering a look at the influence of environmental factors and socio-cultural practices on the interactions of various pathogens; as well as other issues related to community health.

UNIMAS's commitment to research has already been recognized by the stakeholders and partners in the industry by the provision of endowments for the establishment of eight research chairs; these include the Tun Zaidi Chair for Medicinal Chemistry, the Tun Openg Chair for Sago Technology, the Shell Chair for Environmental Studies, and the Sapura Chair for ICT.

Today, UNIMAS’s strength in research is being acknowledged by peers in at least three niche areas of research:

The university management has upgraded, based on their strength in research, the status of some of their research groups at UNIMAS to Centres of Excellence which are:

In 2012, UNIMAS received national recognition by winning 4 gold, 3 silver and 10 bronze awards at MTE 2012. UNIMAS also bagged 11 gold medals at BIS 2012, an international expo held in London. Prof. Dr. Balbir Singh from the Faculty of Medicine and Health Sciences was amongst several recipients of the Best Malaysian Scientist award given by Akademi Sains Malaysia for his notable and outstanding contribution in Malaria research activities.

Last year, UNIMAS secured 44 projects under the Ministry of Science, Technology and Innovation (MOSTI) Science Fund grant, with a total amounting to RM7.59 million. A further RM2.88 million was secured from the Ministry of Higher Education (MOHE) for 81 research projects.

We use cookies to ensure that we give you the best experience on our website.
I accept